Tommy Tallarico was born on February 18, 1968 in Springfield, Massachusetts. He’s one of the best all around guys that I’ve met and become friends with in the video game industry and has many accomplishments to boot. His most recent fame comes from the stellar Video Games Live performances he’s been putting on since July 6, 2005, but it was his work right alongside my other good friend, Victor Lucas, in their show “The Electric Playground” that made me first recognize him as someone very interesting in the biz. When I attended E3 2001, I was only 17 (it was my second E3) and it was there that I met Tommy Tallarico and Victor Lucas for the first time. I remember the first conversation Tommy and I had and it revolved about equally around his interest in what I was up to at E3…as my interest in his hilarious antics on TV! The fact that I was meeting a big celebrity whom was actually really cool and talkative without rushing me at all, really made me appreciate him. It got even better when the following year we picked up right where we left off and started talking about all of the new games debuting at the show. Talking is what we did and taking pictures is what would become a tradition that would last for years to come. I never get over how someone in Tommy’s shoes can be so busy at an expo, constantly filming for The Electric Playground and Judgement Day, conducting interviews, actually demo the new software, and still have time to not only meet up with me for chat but do so seemingly with no worries. I think that that must be one of Tommy’s secret abilities…time manipulation. I know that he’d probably want his favorite superhero’s web swinging powers (it’s Spider-Man), but I’m pretty sure he’s mastered the art of making everyone happy. It’s also one of the things that I respect so much out of him, because I too always try and find time for people. In fact, if someone ever compared me to Tommy as “me being genuine towards others and really establishing friendships with each person I meet”, then that’d be quite the meaningful compliment. There are certain things that make him unique that not too many can match, however, and to put it into humor, here’s the fun birthday poem/rap that I made for Tommy back in 2005. He actually liked it enough to put it on his site and requested a follow up for ’06.

Tommy T. is the man we all strive to be,
He’s got it all, from women to a Lamborghini,
In fact he’s more than a man, he’s a real Playboy,
Why he even saw the puppies of the lovely Laura Foy,
He’s got many skills, from gaming to music,
From what the girls at G4 tell me, he’s got one huge Dik-Dik!
Magicians are amateurs, they pull rabbits from their hats,
Tommy’s the real master, he pulls GameBoys from his pants,
Over ten years in the biz takes a lot of brains and brawn,
From reviewing crap like High Heat Baseball, to Tommy’s favorite, TRON!
So congratulations pal on everything you’ve done,
As far as TV entertainment goes, yours and Vic’s are #1,
If you’re ever caught speeding down the streets, and wind up in jail,
You can count on me to bust you out, EP fan for life, Paul Gale. Yeah, lots of fun times with Mr. Tallarico and not a year missed in photos up to this point! E3 2006 was a really big event for me, because upon introducing the idea to Tommy and Charles Martinet about having Mario himself do a piece at Video Games Live (which wound up happening the following year), it was at that moment with both men talking with me that I came up with the idea for Paul Gale Network. Yes, my site and thus my goal at attempting a legacy of my own happened at that moment and Tommy was there for it. Mr. Tallarico is also quite a comedic character and has plenty of unique opinions about the direction the video game industry is going, the importance of quality music in a game and its role on the overall ambiance, etc. Some of you reading might not have seen The Electric Playground, so you don’t know the kind of talent and fun that the show brought to gamers watching around the world, but you are more than capable to these days go and see Video Games Live. I’m thankful for Tommy and Victor Lucas for letting me be in a few episodes of EP and Judgement Day and equally thankful for Tallarico inviting me to the first ever VGL in 2005 as VIP. Although I unfortunately didn’t go to his first show, the one I attended in 2006 was an absolute blast. Trust me, if you’re a fan of video games, a fan of music, entertainment, lights, action, color, or anything of the sort…do yourself a favor and go see Video Games Live when it comes to town. Tommy and everyone involved in these events pulls out all of the stops and really delivers a top notch performance. You will very likely meet some awesome people at Video Games Live too, as Tommy has a great meet-n-greet setup. At my first VGL, Tommy personally introduced me to David Hayter (voice of Solid Snake) and Martin Leung (video game pianist). At my second VGL, I met a couple dozen other names in the industry, all of whom are friends of Tommy’s. And that brings me back to what I said earlier, about Tommy being a nice guy who makes time for people. By doing so, you establish meaningful relationships with others. You make friends out of contacts and sources. I look up to Tommy as a perfect example of how to treat others with respect and in return, have good things come your way. E for All 2007: Tommy Tallarico and Paul Gale

I have taken what I’ve seen Tommy do right and have mixed it with who I was raised to be and that’s one of the reasons why I’ve made so many friends in the video game industry. On a personal note, Tommy has also helped me try to launch my video game project (amongst other things) and I know that if my title ever comes out, I know who I want to compose the music.

Tommy, thanks for being a great friend over the years, for continuing to inspire musicians out there, for bringing audio delight to hundreds of thousands in your attendance, for your musical contributions in over 250 games, and for being someone that encourages creativity (not to mention someone who can’t age past 30). It remains fun talking and e-mailing, but for E3 2011, it’s time to get back to business…we need a new picture! You said it yourself, “it’s like clockwork; E3 isn’t the same without that pic”. And with that, I wish you the best of success in your future shows and most importantly, safe travels. Oh and I can’t wait to meet Shannon!

To my readers, to find out when you can enjoy Video Games Live for yourself, visit VideoGamesLive.com. 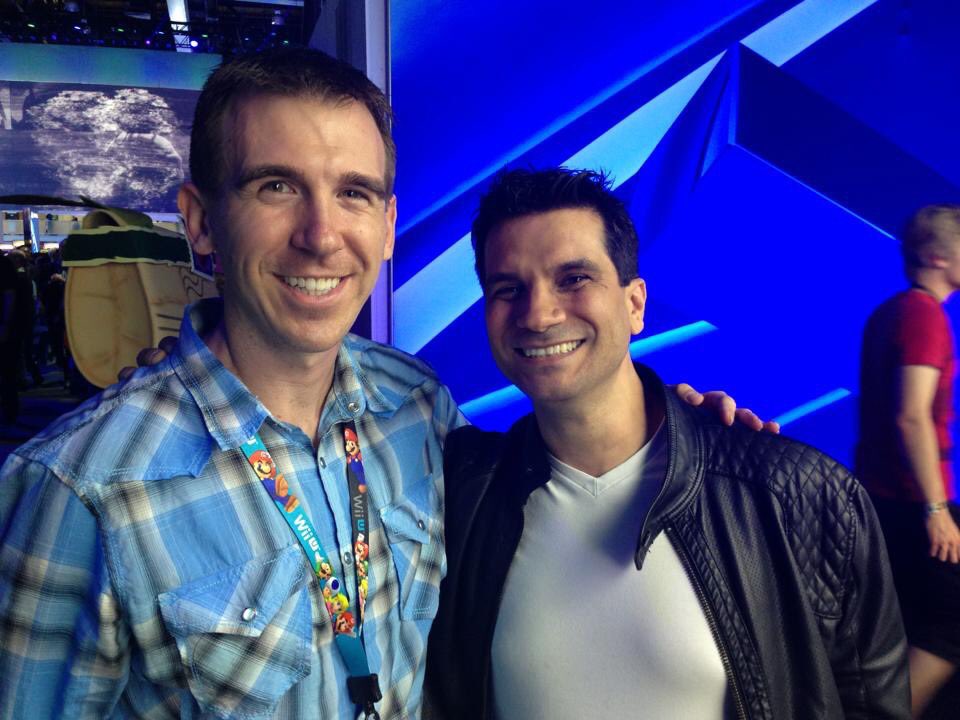 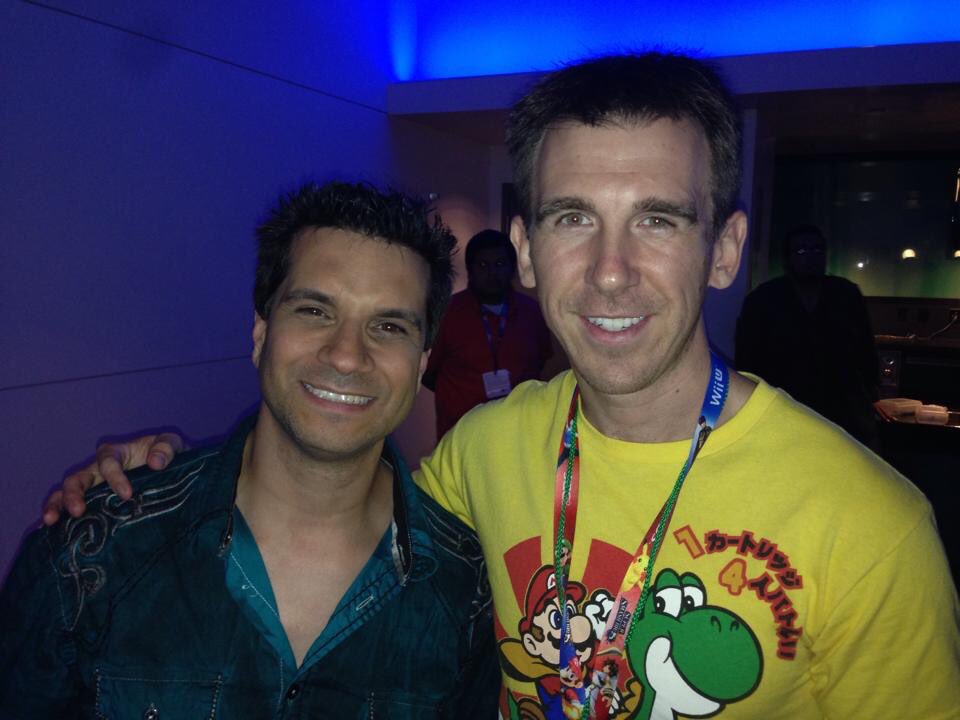 As of May 29th, 2018, Tommy Tallarico is now the new president of Intellivision, and in 2020, will help release a brand new console, the Intellivision Amico! Way to go, Tommy! Congratulations and here is wishing you the best of success in this launch.